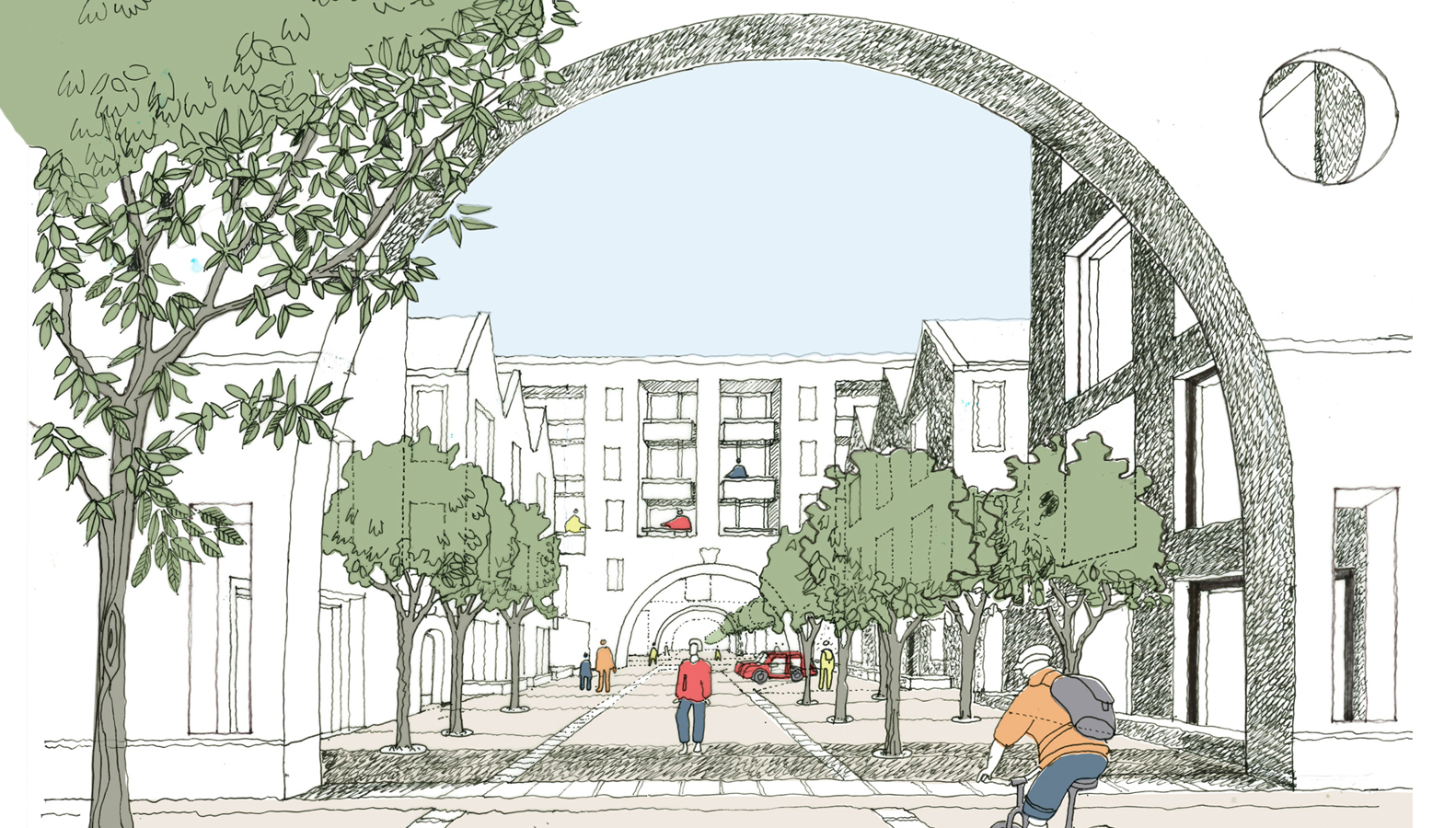 The London Borough of Newham’s housing company Populo Living has been given the go ahead for the redevelopment of the Carpenter’s Estate in the centre of Stratford in a landslide 73% ‘Yes’ vote by local residents. Proctor and Matthews have collaborated with Metropolitan Workshop and community engagement specialists Make:Good on the 2000 home masterplan as part of a multidisciplinary team led by the Tibbalds CampbellReith JV.

Its regeneration will create over 2,000 spacious homes built with high quality materials and designed to last a lifetime. Houses and maisonettes will sit at the centre of the development with taller buildings towards to the edge and up to 50% of the accommodation will be genuinely affordable. 44% of the existing homes will be retained including two of the existing estate towers. The plans will also include new and improved community and sports facilities in Phase 1 (designed by Proctor and Matthews and ECD Architects), and public spaces with green spaces and play areas for children. Better connected streets, with a clear route to Stratford station are planned and space for new neighbourhood shops and businesses is being incorporated.

The brief for the project was developed closely with the local community and Carpenter’s residents, who will continue to be involved in the project as it moves through detailed design and delivery. The multidisciplinary team are also delivering a programme of paid work placements, community activities at a dedicated engagement hub, and supporting a young designers’ group.

Director Andrew Matthews said: "It has been a huge privilege to work so closely with the residents of Carpenters to shape a new future for this pivotal neighbourhood.

The design team has responded with a masterplan which is based on resident's aspirations to create a ‘real piece of London’ for this part of Stratford. Out of this conversation has emerged a unique urban plan; one that supports a mix of uses including community and employment spaces and more than 2000 new homes of different scales and forms that will provide for the needs of all ages.

The hierarchy of public streets and spaces respects Carpenters rich history and is influenced by some of London’s most successful historic neighbourhoods, while also providing a framework for new 21st Century sustainable living environments."

The team will now focus on working with the Council and residents to bring together the co-produced masterplan and design proposals for the estate ready for an outline application in Spring 2022.