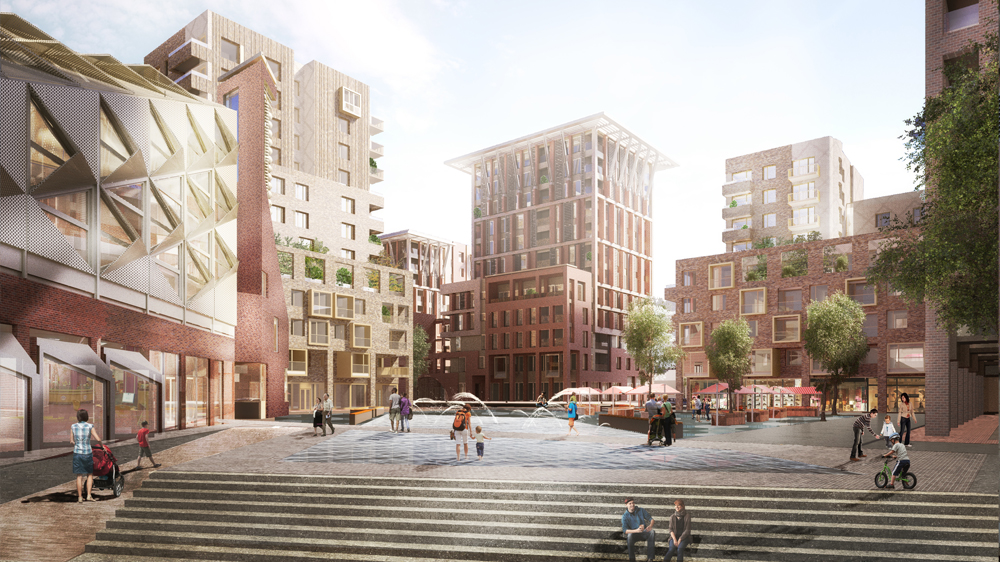 Peabody, one of London’s largest and oldest housing associations, has been granted permission by the London Borough of Bexley to build more than 1,500 new homes in South Thamesmead, on the doorstep of the new Elizabeth line at Abbey Wood.

The four sites, which form part of the Greater London Authority’s £47.5m investment for Thamesmead as part of their Housing Zone programme, mark the first substantial development in Thamesmead since Peabody acquired land there in 2014.

Collectively, the planning permissions represent one of the largest residential developments to be given the go-ahead in London this year. They mark the first phase of a comprehensive regeneration programme which could deliver up to 20,000 new homes in the town. The whole Thamesmead masterplan area is bigger than Old Oak Common and Nine Elms masterplans combined.

Four planning applications were submitted to the London Borough of Bexley in May 2016 following months of consultation with local residents, businesses and the council. This included a detailed planning application for phase one, Southmere Village, which will deliver 525 new homes - around 230 of which will be affordable - a new library and nearly 40,000 square feet of commercial floor-space offering cafes, retail and local enterprise spaces which will create new jobs and opportunities in the area. The development will be centred around a new public square on the banks of Southmere Lake and will act as a vibrant new space for a range of outdoor activities.

Meanwhile, the three outline planning applications for Binsey Walk, Coralline Walk and Sedgemere Road will deliver around 1,000 new homes and substantial public realm improvements. These spaces will be linked by a new pedestrian and cycling route between Abbey Wood train station and Southmere Lake.

The development will be built in four phases, with Southmere Village due to start in 2017, and the final phase anticipated to be complete in 2024. These will feature a range of homes from one-bedroom apartments to four bedroom townhouses mixed across all tenures.

Peabody’s Executive Director for Thamesmead, John Lewis said: “Receiving planning permission to create more than 1,500 new homes in South Thamesmead is a huge milestone in the regeneration of Thamesmead. As well as creating much needed, quality new homes, the development will create thousands of new jobs and will attract new businesses too.

This is just the start of our commitment to Thamesmead residents at what is a really exciting time, with the Elizabeth line opening at Abbey Wood station in December 2018 and the DLR extending to Thamesmead in the next ten years. Thamesmead will be better connected, opening up new opportunities to residents and to businesses looking to invest. We hope this will be the catalyst for Thamesmead fulfilling its promise as London’s new town.”

Stephen Proctor, said: “We are delighted that South Thamesmead has received planning consent. It is a privilege to work with Peabody and a talented design team on this hugely significant scheme for London.”